Posted on October 9, 2019 by annabellefranklinauthor

This story emerged from one of my free writing sessions. It was inspired by a TV ad, and is quite timely. Be warned, however – it’s not a children’s story and there is some colourful language! 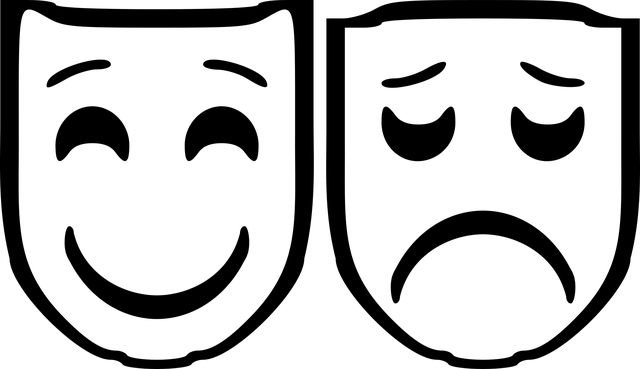 ‘You need to sound more positive, Jason. Try smiling while you speak.’ The director ran his fingers through his hair. ‘OK, guys, let’s go again. Take 12.’

Jason forced a painful grin at the microphone. ‘It’s time to get ready for Brexit –’

‘But not everybody does want it, Philip,’ said Jason. ‘And it is grim.’

‘I thought it was Take 13,’ Jason joked feebly. No one laughed.

During the break, Philip gave him a stern pep-talk. ‘You’re meant to be an actor, Jason – so act! It doesn’t matter what the hell you think about Brexit, you need to act like it’s the best thing to happen to this country since Winston Churchill. People are anxious – so reassure them! You want to sound soothing, and positive, and upbeat. You want to make Brexit sound like something new and exciting, the next Great British Adventure. Make them feel like pioneers! You’re being well paid for this, Jason, so get over there and earn your money.’

Ten takes later the ad was in the can, but Jason wasn’t a happy man. He felt as if he’d soiled himself. He’d never wanted to do adverts, particularly not cheesy, patronising government ones. OK, so they paid more than movies or TV work, but he’d have been happy to take less money and feel good about himself.

He longed to land a part in a big TV drama, but he kept getting passed over. The trouble was, he had the wrong look – just that bit too ridiculous for straight parts, but too boring for comic roles. Recently, he’d tried for Peaky Blinders – he’d even got the haircut, for God’s sake – but he hadn’t been called for an audition.

When he got home from the ad shoot, all he wanted was a hot shower to wash away the unclean feeling. But as he pulled up to his house, he saw Norman outside the front door.

This is all I need, he thought. I can’t cope with Norman right now.

But it looked like he would have to cope with Norman, because Norman had seen him. He pulled into the drive and got out of the car.

When they were seated in Jason’s kitchen with stiff drinks, Jason gave Norman a potted version of his woes.

‘I don’t know what people see in Peaky Blinders,’ was all Norman had to say. ‘It’s just a bunch of guys with bad haircuts shooting people.’ He laughed. ‘That haircut really doesn’t suit you, by the way. It makes you look like one of those potatoes kids grow grass on.’

‘Thanks for that,’ said Jason.

‘I don’t know what you’re moaning about,’ Norman went on. ‘You’ve got the perfect look for voiceover work, and you’re getting well paid for that Brexit ad. Take the money and run, I say.’

‘But I don’t want to do VO work! It shouldn’t all be about looks – I’m a good actor, and my talent and training is being wasted on crap!’

But Norman was clearly bored with the conversation, because he changed the subject to his favourite topic – himself – and warped on at length about his latest relationship. He was still in the honeymoon period, and the girl in question could do no wrong. According to him, Anya was a cross between Beyonce and the Dalai Lama. She worked all over the world for some charity that saved a rare and exotic species of toad, and she’d met all sorts of fascinating people. She was interesting and funny and, of course, mindblowing in bed.

Jason glanced at his watch. Half an hour had gone by without Norman drawing breath, and Jason was deeply bored with Anya without even having met her. He just wanted to go to bed and watch crap TV on his own.

Normally, he would have gritted his teeth until Norman ran out of drivel, but today he just couldn’t do it.

Norman stared at him as if he’d grown a penis on his head. Jason never told people to shut up. Jason was quiet and unassuming and, well, nice.

‘I’ve had a bastard of a morning,’ Jason went on. ‘I’m tired, I’m miserable, and I just want some peace and quiet. So go away and stop wasting my air.’

‘Well!’ said Norman, puffing out his cheeks. ‘I like that, I must say! I thought you were meant to be a good listener!’

Norman did go home then, having told Jason it was no wonder he didn’t have any friends.

That was the trouble with pretending to be nice all the time – people couldn’t hack it when you dropped the pretense.

3 Responses to No Drama