What is it about Freda?

Posted on November 16, 2016 by annabellefranklinauthor

Some time ago I posted about a gorgeous Greyhound called George, who was a talented singer. When Pearl saw his video she fell in love, and he’s been her idol ever since. 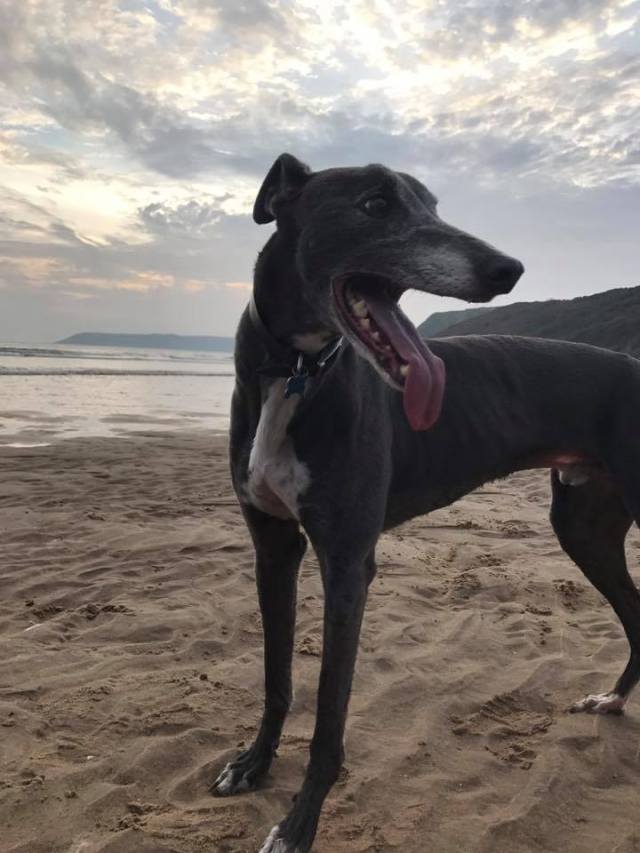 Recently George came to stay with Snip and Freda, and we were invited to join them on a walk. Before we left, Pearl spent hours in front of the mirror perfecting her bedroom eyes and practising her elegant stance. I told her not to get her hopes up – after all, George has a lot of fans – but she wouldn’t listen. She was out to get the man of her dreams.

She did look stunning when we set off, and at first things seemed to go well. Even I thought George might be falling for her charms… 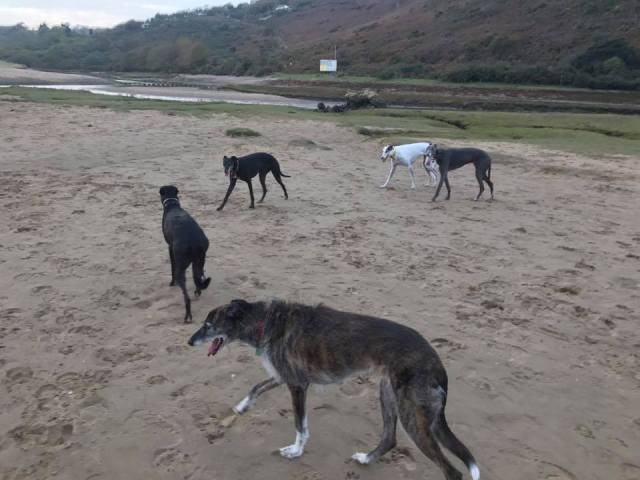 He’s just not that into you

Sadly, George only had eyes for Freda’s witchy little face. Pearl was devvo. ‘What’s she got that I haven’t?’ she demanded.

‘She’s got George,’ I said. That didn’t go down well at all.

‘Maybe it’s what you’re wearing,’ I said, trying to be constructive. ‘What d’you expect if you go around in a collar that says “I need space”?’

‘I was playing hard to get,’ she explained.

‘When did that ever work?’

It was, too. Whenever George approached Freda she ran away, which just made him chase her all the more.

Pearl has been miserable ever since and won’t shut up about her disastrous love life. She feels she’s reached middle age and missed the boat, and she can’t bear the thought of George preferring a younger woman. I ‘ve tried to be sympathetic, but it’s starting to get old – she needs to quit with the drama and get over it.

Now she knows how I feel when she muscles in on my love life and then points out that I’m past it.

You may have noticed an improvement in the quality of photos in this post. They were taken by George’s human Bethan Hellings, a member of Snip’s family and talented designer responsible for the artwork on the front of Annabelle’s children’s books.

2 Responses to What is it about Freda?