Posted on September 15, 2013 by annabellefranklinauthor 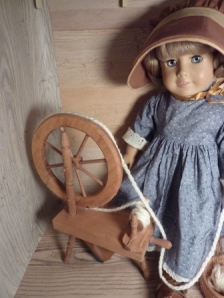 Tracy is Steven’s cousin, the daughter of his Dad’s sister Dorice.

Dorice has never taken much interest in Tracy, who was a ‘mistake’.  Every summer Dorice goes on a long holiday abroad, leaving Tracy with an ancient great-aunt.

Dorice doesn’t believe in spoiling children, so Tracy has very few toys.  She takes great delight in playing with Aunty’s old spinning wheel, and eventually Aunty gets her a spinning wheel of her own.

Tracy wants her mother’s love more than anything in the world, so she does her best to be the Perfect Model Child.  She knows her Mum doesn’t like noise, so she always tries to play quietly.  The spinning wheel is the perfect present because it keeps her absorbed in quiet activity for hours at a time.

Tracy gets very good at spinning, which later comes in useful in a way she would never have imagined.

When Aunty gets too old to look after children, Dorice sends Tracy to Steven’s house for the summer holidays.  Steven’s parents are happy to have her.  She’s no trouble to them, and they’re delighted with how much she seems to like Steven.  They think it’s sweet the way she watches him and follows him around like a puppy dog.

Steven’s parents had hoped the arrival of Tracy would bring Steven out of himself – or at least, out of his bedroom and away from that wretched games console.  Tracy loves to play in the garden, and they’d hoped she would encourage Steven to do the same.  But instead he’s spending even more time shut in his room.  He has even put a notice on the door telling Tracy to KEEP OUT.

Steven isn’t comfortable around Tracy.  He doesn’t trust her, and hates the way she watches and follows him whenever he’s out of his room.  Worse still, she teases him relentlessly when his parents aren’t around.  Steven thinks Tracy is spiteful and sly, and he doesn’t understand why his parents can’t see through her.

Nobody realises that something has happened to Tracy – something that has changed her completely.  She is no longer the Perfect Model Child, but something else entirely. 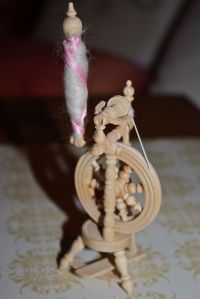